How’s the song go? “Summer time and the living is easy.” That is until you’re bothered by that old seasonal nemesis the mosquito.

“Mosquitoes are insects belonging to the order Diptera, the True Flies. Like all True Flies, they have two wings, but unlike other flies, mosquito wings have scales. Female mosquitoes’ mouthparts form a long piercing-sucking proboscis. Males differ from 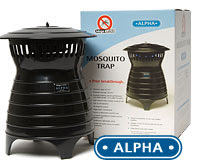 females by having feathery antennae and mouthparts not suitable for piercing skin. A mosquito’s principal food is nectar or similar sugar source.”

There are now over 3500 different species of mosquitoes throughout the world! We live in the South, the deep south actually and at this time of year we are literally plagued with mosquitoes! We are never without mosquito repellent, although I do worry about applying that much repellent to my kids. Even with repellent we counted 29 bites on my husband (who normally does not get bitten), over 40 on my oldest daughter and we lost count at around 25 on my youngest! It is horrible and my family is continuously itching – especially my girls! 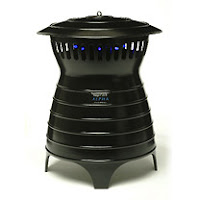 squito Control Association). The AMCA is an international organization of nearly 2,000 public health professionals, and has been dedicated to preserving the public’s health and well-being through safe, environmentally sound mosquito control programs since 1935.

During “Mosquito Week” the AMCA’s goal is to educate the general public about the significance of mosquitoes in their daily lives. Many local control districts will put together high-visibility projects during this week designed to generate positive press coverage. So be on the lookout for some very informative press coverage!

After inspecting my daughters bites, that had been scratched open I decided there had to be something else I could do to protect my children from these nasty pests! My search turned up Mega Catch, a company that makes mosquito traps. I wrote to the company to see if I could review their Alpha Trap. Although somewhat skeptical, I was also very hopeful that I had found something that would actually help us! I was amazed at the lightweight and compact design of the trap and we plugged it in immediately.

Here is what Mega Catch has to say about the Alpha Trap:

The ALPHA Trap can attract mosquitoes from as far away as 90 feet using a sophisticated LED display array which pulses light in the visible and invisible spectrum at oscillating frequencies known to attract most mosquito species.
Mosquitoes also navigate to the the source of the air plume enriched with Octenol, a synthetic component of human perspiration which emanates from the base of the trap. This requires the use of Mega-catch Octenol Fragrance Strips which are an accessory item.The color, shape and vibration of the trap excite the mosquitoes to begin probing. Finally internal infra red heat sources cause the mosquitoes to enter the trap where they are swept thru a fan and into a catch bag where they expire.
How it Works:
There are over 3,500 species of mosquito throughout the world. But it is only the female of the species which bites as she searches out nourishment for her eggs. Mosquitoes find their human prey using a combination of sensory signals including light, shape, color, heat, movement and other by products of human activity.
The most effective way for the trap to work is to run it continuously for the first 6-8 weeks. We have had our trap running for about a week now and there is a noticeable difference in the number of bites we are getting! We even ran it in the house for the first couple of nights and have not had a mosquito bite inside the house since then!
I am thrilled at the decrease of mosquitoes that we are already seeing in our yard and am hopeful that we will continue to see the mosquito population in our yard decrease as we continue to use our Alpha Mosquito Trap!
A few words from Mega-Catch:

Mega-Catch™mosquito traps have been subjected to rigorous comparative testing and have consistently outperformed all other mosquito systems tested – a fact we’re justifiably proud of.  Our traps are non-toxic, environmentally friendly and by far the safest and most effective way to reclaim your yard. And as we say…….

The ALPHA is our budget model, it’s lightweight, compact and portable, and the ideal trap for use in small yards, patios and gardens. (maximum coverage 0.5 acre measured in optimum conditions) It may be budget priced, but it comes fully featured incorporating some of the latest technology and features used in our top of the range ULTRA and PREMIER models; including multi-frequency digital pulse lighting, high output variable heated surface and dual installation fittings for optional chemical lures. In one independent scientific test the ALPHA caught an average 752 mosquitoes per night.”

WANT IT?  You can order your own mosquito trap directly from Mega Catch’s website! The Alpha trap priced at $99 is their most economical trap and perfect for small yards! If you have a large yard, they have traps that can handle that too. Head on over to Mega Catch and see which trap is right for you!
WIN IT: But guess what?  Mega-Catch has generously offered to give one lucky MommyPR reader an Alpha trap of their very own!!!!

← Rubbermaid All in One 20 Piece Set Lensbaby →